A Brief View on Stellar in Remittance

“Remittance is one of the great use case for blockchain technology”, you may have heard this sentence everywhere, but how exactly it can solve the problem is something I want to share my views about in this article.

Remittance has always been a painful process for users because of it’s high fees and slow processing. The problems with current remittance industry is not because they are greedy but because of the way it needs to operate. It is not technology or a process but the transfer of value is the key in remittance and that is where blockchain can come in the picture.

If you send money from your bank account to your friend’s bank account, it just happens instantly and for free as well. That’s because the transfer of value is made simple by the central ccloudontrolling bank. If we take a brief look inside the process, we see that both the banks have their balances validated by the central bank. 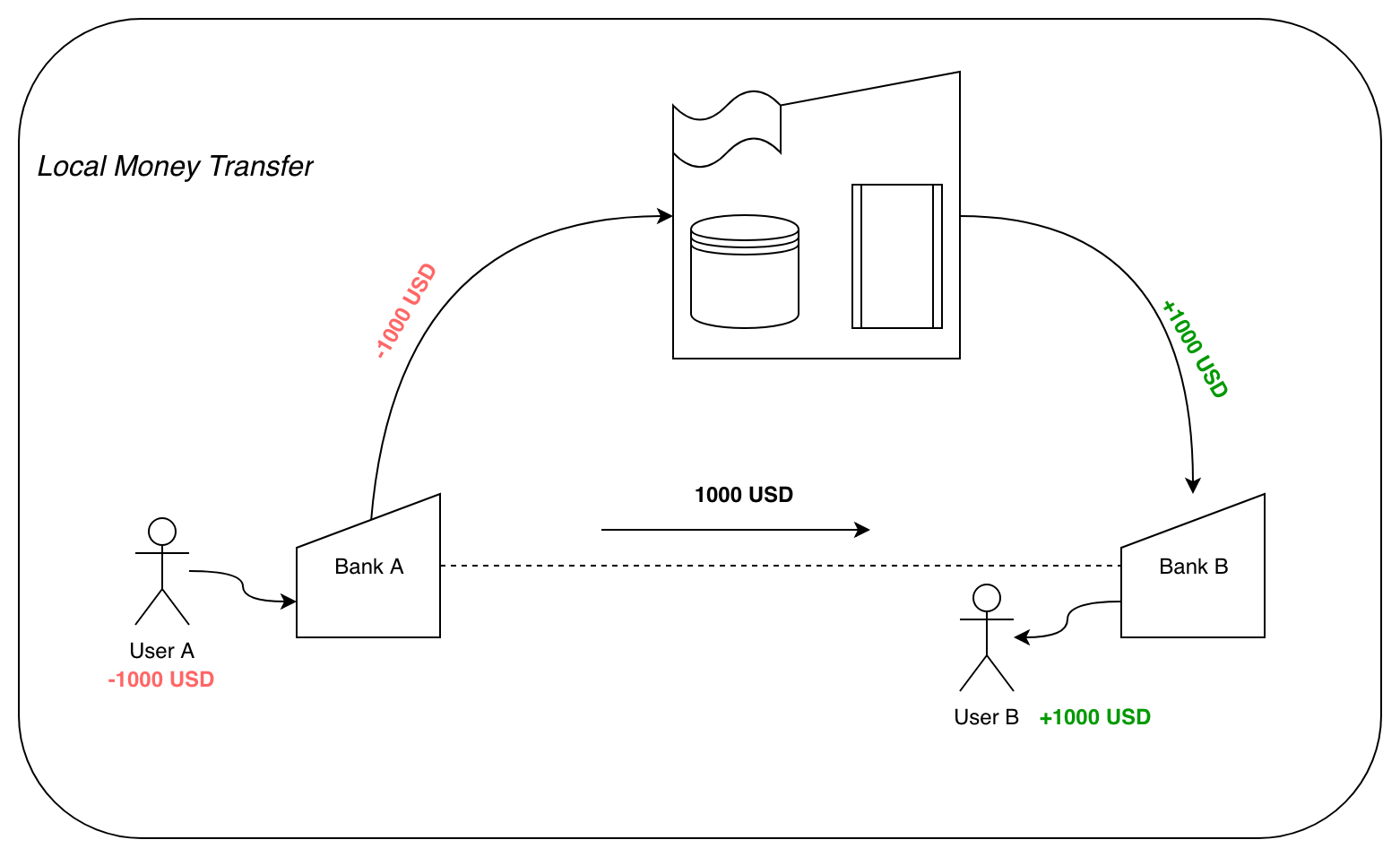 Money transfer from country A to country B

When we send money across countries, there is no controlling bank to approve the value transfer and both the country’s central banks have to settle the transfer, which is a time consuming process. There are money transfer services available which operates quite differently.

If possible we could send real value across borders without the need of central bank or any other entity, it solves the problem of remittance. This is exactly what Stellar does using it’s cryptocurrency Lumens (XLM) as value. Let’s now imagine a money transfer company in country A which does not have to operate in other countries but can still transfer real value to another company which operates in country B, it solves the problem. The Stellar blockchain network in between supports the real value transfer, let’s take a look at the below diagram. 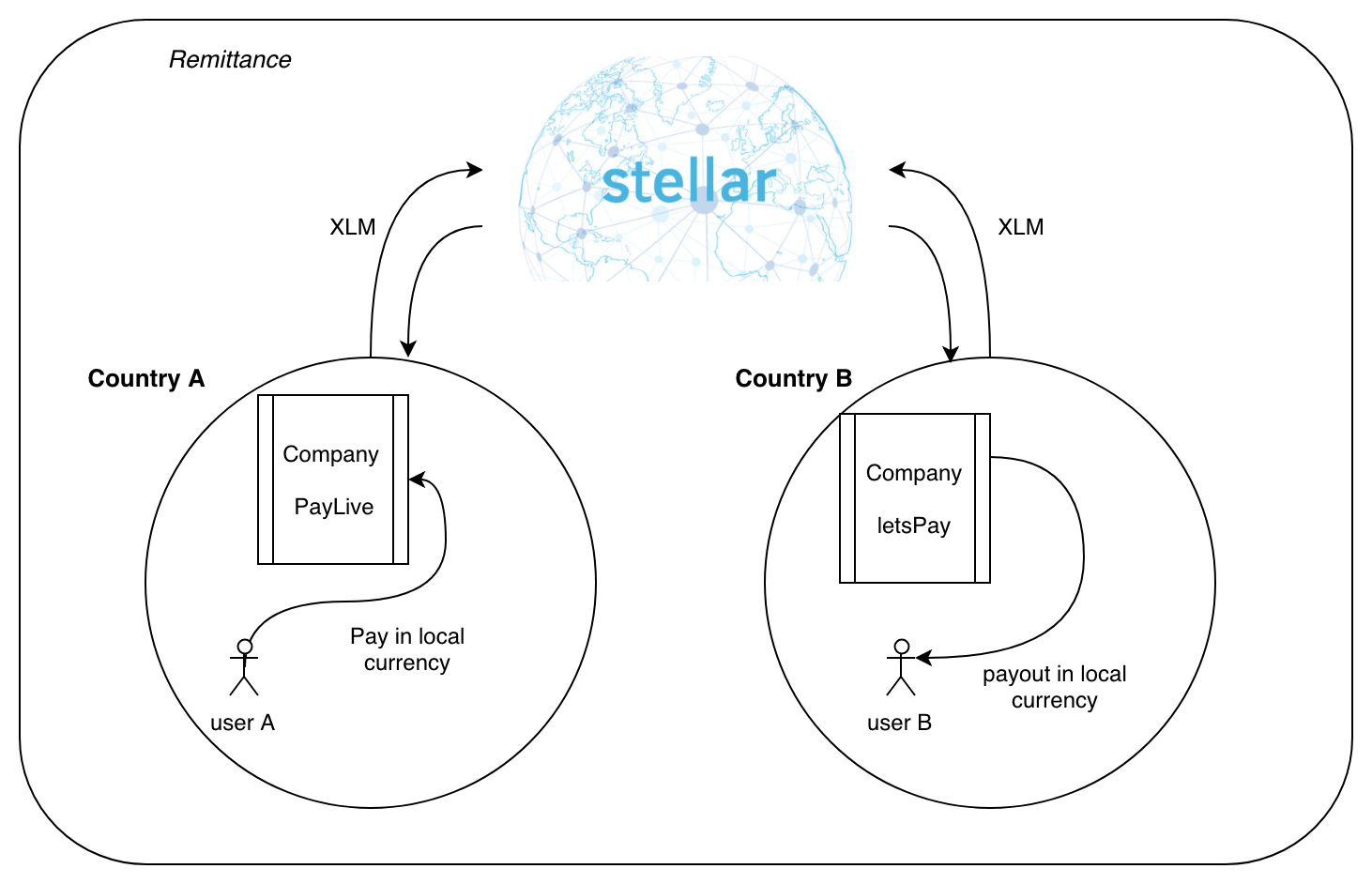 As we can see, the company PayLive in country A collects money from user A, PayLive than sends equivalent amount of XLM over the stellar network to a company letsPay in country B. Keep in mind that, this Stellar network is used by everyone across the globe, these two companies are just among the thousands of the users of the network. XLM which are sent or received are easily tradable on the Stellar exchange for companies accepting USD assets or any other fiat currency.

After receiving payout order with XLMs from PayLive, the company letsPay will payout local currency to the user from its funds. The received XLM can be easily liquidated for fiat or any other pay order. Because of Stellar network in place the whole money transfer can be completed in under a few minutes with the lowest fees possible.

Looking for any help in Stellar or Blockchain project, lets get in touch on LinkedIn

I’m going to talk about logging in nodejs in this article. Logging is the most important part of your application but to make it work proper in scalable applications like microservice architectures becomes difficult, as you would want to know the logs you see are coming from where!

Create an ICO on Stellar Network With Custom Token

As you know, majority of the ICOs today are made on Ethereum (ERC20 token). But Ethereum is a big slow computer. If the intension is just to raise funds for the startup then Stellar can do a lot faster, better and cheaper! Note that stellar does not provide smart contracts, it is an open source p

A Brief View on Stellar in Remittance

“Remittance is one of the great use case for blockchain technology”, you may have heard this sentence everywhere, but how exactly it can solve the problem is something I want to share my views about in this article.

If you are building micro services, you really would want to share common utility code between them. While copy pasting is not a solution, you can create private npm packages and use them into your services. As you know theoretical micro services concepts are not quiet possible to implement and o